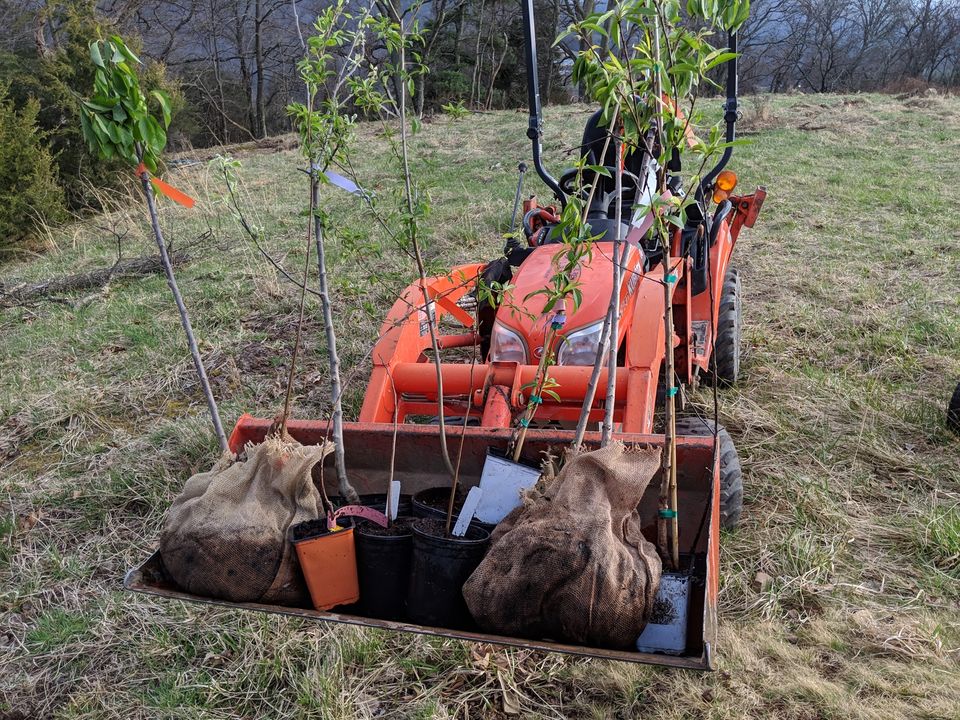 So now we have a tractor and now know how to operate it. Lets get some trees in the ground. After everything else, this was relatively easy. Get the trees, get them out of the boxes, and get them into the the ground. Pretty simple. A few more steps I put into it, but that’s it.

So, the first thing first. Getting all of the boxes setup and out of station wagon. Getting them all into the station wagon was a really tight fit which, means sorry Tyr, not a whole lot of room for you on the ride out to WV once again. But once they were all pulled out of the car, everything appeared to be in good condition. 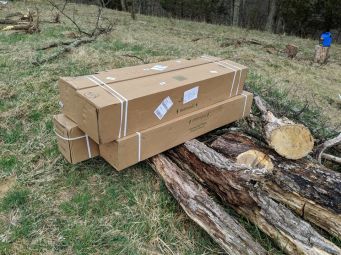 Once they were up and out, I eh… realized I made a mistake. I opened them up in the wrong area. So, shoved them all into the wagon, let Tyr have a few sniffs to inspect, and took them for a ride to where I needed them to go.

Once they were where they needed to be, I got them out of the wagon, and placed them into a water bath for two hours to get a good soak and help them through the rough transition of being out of the soil, boxed, shipped, shipped again, and into the ground again.  In the mean time… breakfast.

So, once the soak was complete… time to use the motorized wheelbarrow to take them over to where they are going to be planted (why didn’t i do this before moving them to the water?). 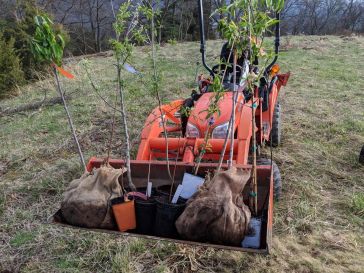 So at this point, unloaded the trees and got busy digging. I drove the tractor to the furthest stake I had marked out previously. Simple reason, I didn’t want to avoid holes with the tractor. So, start the furthest out and work backwards. And put some holes in the ground.

Then, I decided because of how dense and rocky the ground was, I was going to disturb a bit more of the soil with larger holes. This will help the trees grow a bit better in the future with setting roots easier. 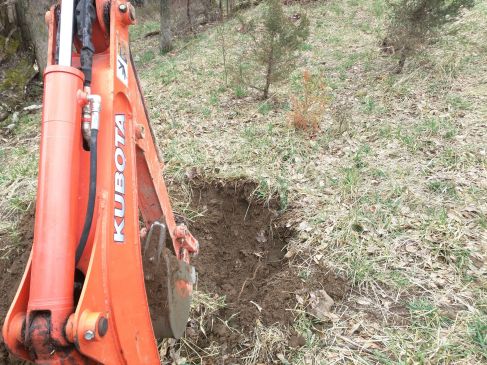 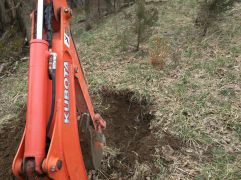 Now… repeat that a few times until you have all the holes you need.

Science alert: Okay, so what most folks don’t know is that you need to inoculate the soil. Mycorrhiza is desired fungus that takes a little bit of sugar from the plant, but gather water and nutrients from the soil for the plant. Essentially, it acts like an extended root system for the plant helping the fruit tree and the fungus. Its not really possible to see, but they are required in areas that won’t be fertilized. Mycorrhiza is not generally found naturally in the soil, so when planting fruit trees add a little bit of to the roots. All I did was dust the roots a bit and the the dirt I was going to be putting back into the hole. Then plant. I bought a bag off amazon. DO NOT USE WITH CITY WATER. Chlorine in the city water will kill off the fungus.

And just to get them a good start, I also added a fertilizer to the soil for fruit trees. I might have worked it in a bit heavier than I should but I also distributed it in a larger area. 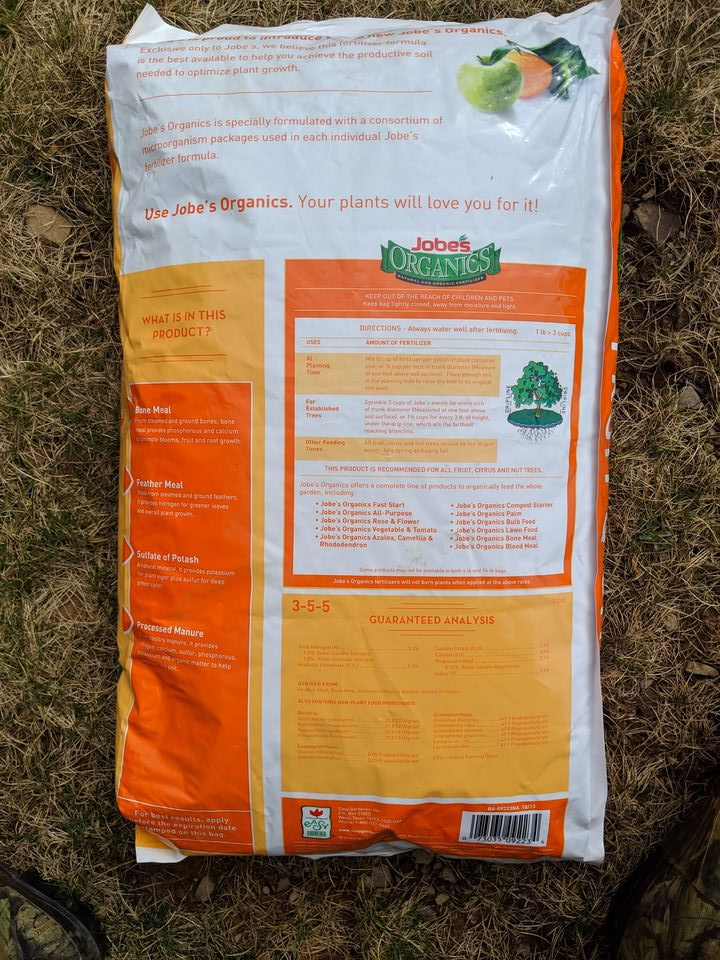 So that is about it. I wish I had taken some pics of the plants in the soil. But the process isn’t done. Now we have to protect the plants.

One thought on “Starting an Orchard Part IV: Planting Trees”