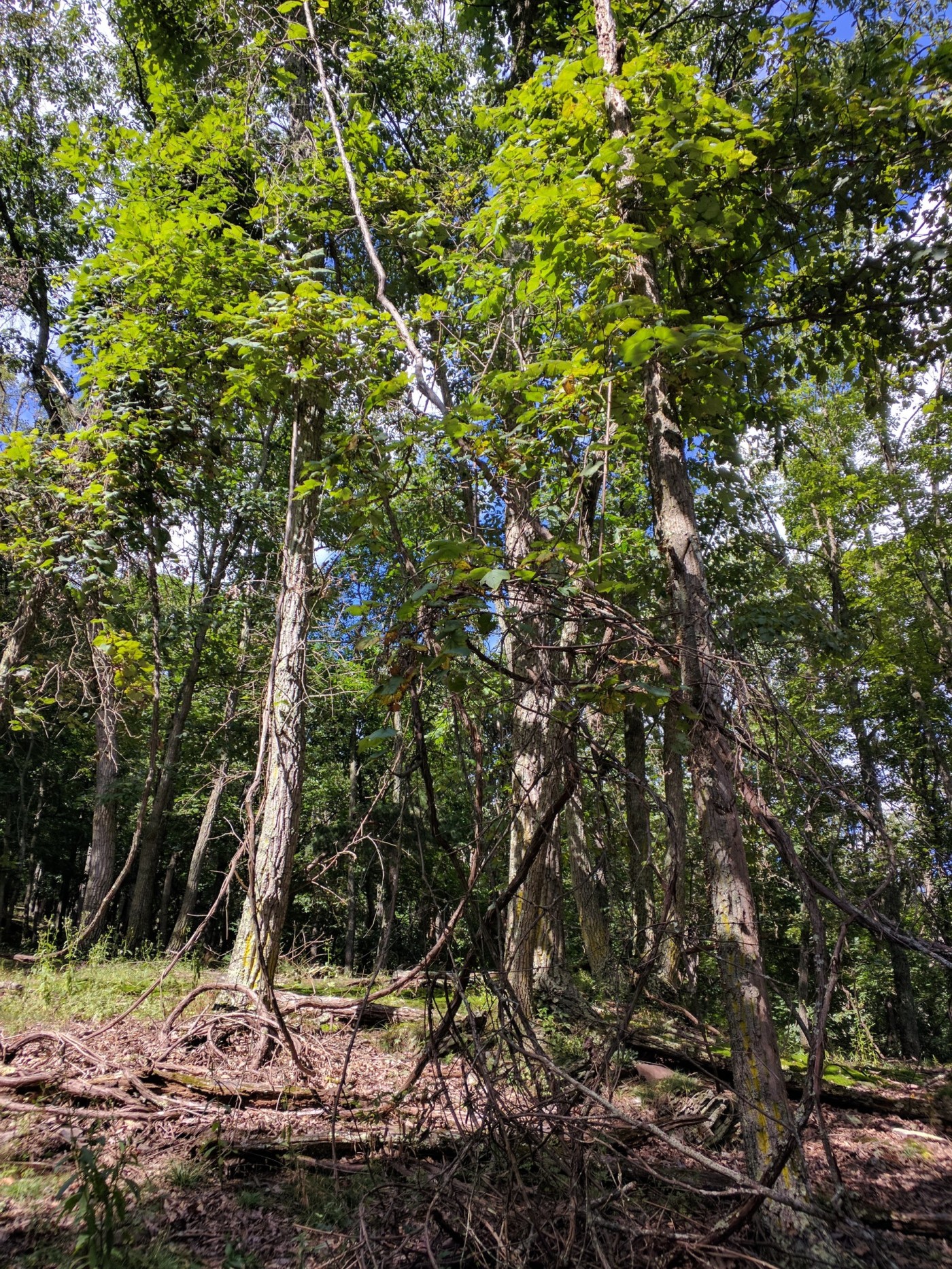 Over Labor Day weekend I went out the mountain to do some surveying of the woods, and figure out what I want to do about forestry management (more on that in a later post). The plan was to head out there, and cut down as many standing dead trees as I could, section them off, and use the new winch to bring them up the hill to be processed into some firewood at a later time. Those plans sorta happened, but were quickly shelved.

Unfortunately, this plan quickly changed when I discovered that some sort of vine is actively killing off hardwood trees.

So, from what I can tell the vine grows kinda bushy until it can get a good tree to grab hold of, then it works to grow to the top of the tree. At this point, it really expands its foliage and starves the host tree of light. When I cut some of the vines, water dripped or poured out making me think its also starving the trees of water. I think that when the tree topples over, they spread and look for the next tree. Some of them have probably grown for at least a decade, and were about six inches wide or more.

Either way, its got to go. I could probably count a good 20-30 good looking mature trees that have been killed off by the vines. As such the other plans were shelved and I spent a solid day walking up and down the hills with the chainsaw cutting out as much of the vines as I could. I probably cut about a hundred vines, most requiring multiple cuts because, well they are vines and have multiple points of contact with the ground.

Unfortunately, these vines are going to regrow from the stump, so they will have to be recut again in the future. This winter I will probably head out there this winter and do a number of cuts again, but treat with some sort of woody herbicide (triclopyr?). That will then kill the vine and prevent regrowth. So, looks like this will now be a new multi-year project.

2 thoughts on “Something Is Killing My Hardwoods”