So, quick post and rant.  The problem with buying big and heavy items from Amazon is that they often the items don’t arrive without damage.  Amazon itself does a pretty good job of customer service, but sometimes FedEx has been pretty rough with my stuff.

Case in point, a recent battery purchase and a generator.

In this case you can see that this battery casing is broken, as is the handle. Now, this is a problem as its a sealed lead acid battery, except, its not sealed.  I purchased it from Amazon, and the seller hasn’t yet got back to me or Amazon on how to return or replace. I have purchased four of these batteries via Amazon: three have shown up undamaged, two the boxes were pretty well destroyed. I am about 90 percent certain this one was damaged when it got to my step when I found it upright. My bet was that it was probably crushed when it was dropped (100 lbs) on the stoop. More on these batteries and their purpose in a later post.

Another issue is when I had to special order a unique type of generator. While I had access to a pretty decent generator, it was a construction generator and not quiet enough for future plans.  So, I got a 3,100 watt generator from Amazon. Now this one was on their second hand store (listed like new, but with no box).  Okay, fine by me.  But it showed up, again, box destroyed and with damage. It was also missing an air filter (?!?). 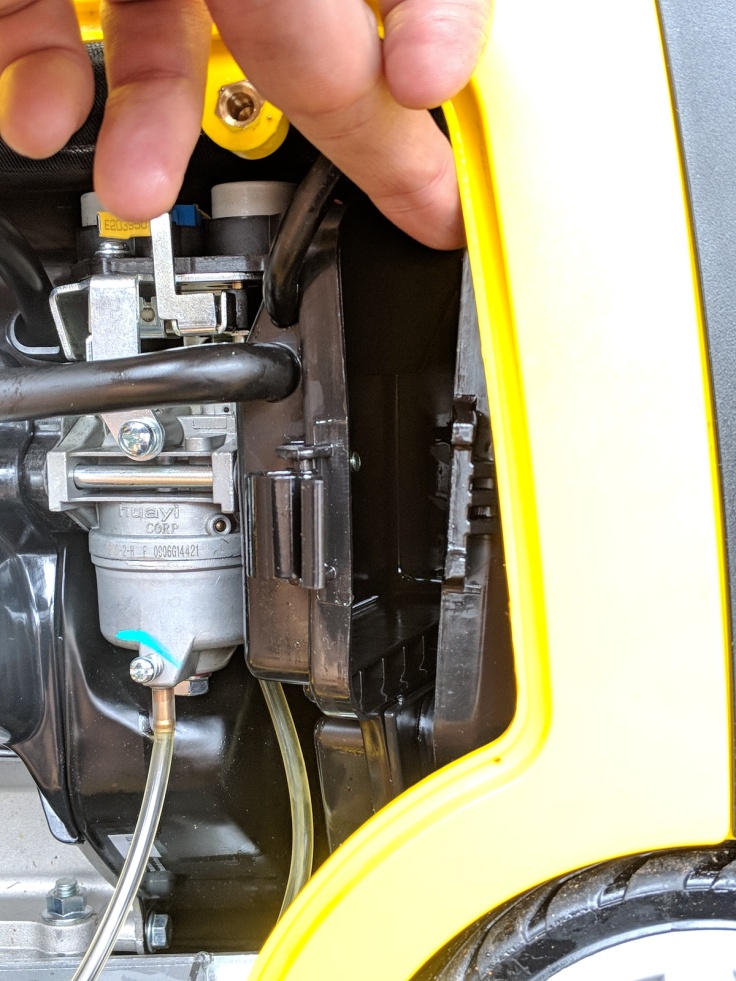 Now, the other odd thing on this one is that it appears to have been shipped with oil in it. So on top of it cracked and broken, it also appears to have leaked oil everywhere. Unfortunately, this too is going to have to be shipped back which will be an expensive issue for someone (not me). Unfortunately, I won’t have access to Amazon much longer as I won’t have a shipping address, and their prices are pretty much unbeatable. So, getting another battery and generator ASAP is kinda important. I may use the contractor generator in the mean time.